Good progress this past week means that Mick and Sharon now have Monday 3rd October as their planned date for re-opening the Anchor.

Training completed and a couple more days decorating to finish means they should have the cellar services set-up and beer stocks delivered this coming week. All systems go.

Look out for a notice in the window and, when they have their web-page set-up, – also planned this week – we’ll share that link here and on Facebook.

Getting lots of questions from people interested in the new management couple and when the Anchor is reopening, so we spoke to Mick yesterday

They’re not ready to announce a planned date yet. They have their Sam Smith’s training in Tadcaster this coming week, managing a pub is a new venture for the Colemans, and there are still some repair and maintenance jobs to complete before they can open. Despite the Gazette journalist speaking to the brewery suggesting before the end of September, their best guess is more like second week in October.

They will set-up their own web page once they’re up and running. Until then they will announce the planned opening via a notice in the pub window, and by letting us know here at “Friends of the Anchor”.

Sharon and Mick – the new management couple – already have the keys and are in there getting to grips with the pub, the kitchen and the garden from their first day. Sounds like some of the neighbouring locals have already introduced themselves too.

They confirm that the plan is to get the pub itself operational by October and looks like they’re already thinking about access for dogs in the garden with kids welcome in the garden and the back-room.

A warm welcome to Sharon and Mick.
We wish them every success.

Finally, an overdue shout out to Ali Whittle who has kept on top of the property and the recruitment in the two years The Anchor has been closed and unoccupied.

The new management couple are officially on board and The Anchor will re-open in October. More details to follow. Meantime, look out for cleaning and preparations in the rest of this month.

The Confirmed Facts – as we understand it – a management couple has applied and has effectively said yes to the job after visiting The Anchor. Details are naturally confidential until such time as there is a contract in place with the brewery.

Fingers crossed.
Wishing them the best, let’s give them our support.
Friends of the Anchor

(Post Note – Yesterday and today (so far) we’ve had 250 direct hits on this post, and that’s on top of the sharing and engagement with the Facebook post – so maybe some hope for rebuilding the customer base?)

Interestingly, as Sam Smith are now doing all over their nationwide marketing, they’re selling the management role(s) at The Anchor as a way to save living costs, rather than an opportunity to work for Humph. 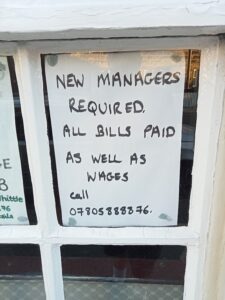 Having announced shutting down this campaign, rumours abound more than ever. Last week and over the weekend rumours are rife that:

(a) Humphrey Smith is no longer in charge.
(b) The pub is about to re-open under new management.

NEITHER IS TRUE – all wishful thinking I’m afraid.

[Ali Whittle (area manager) contact details are still in the window if neighbours have any property concerns.]

This campaign is shutting down, and in due course these web-pages and email contacts will also disappear. In summary:

Sam Smith Brewery shows no interest in Friends of the Anchor, so we are entirely in their hands as owners of the premises.

If anyone (individual or other party) has their own funding and business plan for The Anchor Inn, they need to be ready to move, if and when the brewery should decide to sell-up, but there is no sign or history of them doing so. (PS – there are in fact private parties with such funded proposals but, unless they are looking for public shares, these remain confidential.)

Whether the brewery, or a new owner, plans to re-open as a pub with or without food, their first challenge will be to attract customers since the original customer base has clearly moved on.

Although in general there are protections for changes of use of long-established community pubs and support from CAMRA (noted previously in these pages), the east end of Guisborough high street (Westgate and thereabouts) has many pub and hospitality businesses in an already competitive market, and it is very unlikely that any planning enquiry could support any public funding or compulsory purchase as a community asset. Beyond that, we suspect the only public interest would be as neighbours concerned with the state of a disused property on their doorstep, and the brewery is anyway notorious for ignoring public interest orders.

So, it nevertheless remains sad to see what looks like the end of an old Guisborough institution. For any further information contact the brewery itself, initially via area manager Ali Whittle at The Lobster in Redcar or the ex-web-master of these pages Ian Glendinning.

Thanks to those of you that signed up as Friends of the Anchor, and thanks to CAMRA for their interest in supporting our plight.

The Anchor has been recognised as a Community Pub by CAMRA: 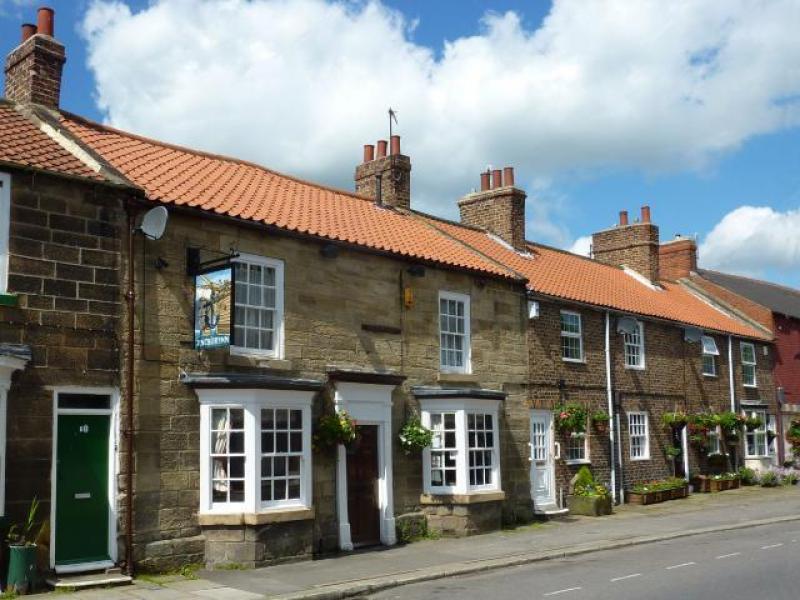 There is no news or any signs of activity from Sam Smith’s and the CAMRA Community Pub status makes no material change at the moment. However, CAMRA have a guide for possible Community Pub campaigns which gives us some additional options to think about. (We noted earlier that it didn’t seem appropriate to pursue this line yet, but the longer the brewery ignore our expression of interest and offer to help, the sooner we will need to consider other possibilities.)

If you might be interested in managing this Sam Smith’s pub, apply directly here, or contact Ali Whittle in The Lobster in Redcar (his phone number is on the ad in the Anchor window).

Any other suggestions, offers to help or expressions of interest, please use the contact form.

(To minimise spam, we’re handling subscriptions manually. Email-subscribers standby for an update on next steps being considered.)

Few posts recently, since there has been little activity to report. Today is the anniversary of the closure last year and, if anything, the odds of Sam Smith’s re-opening the Anchor are getting longer. Not just the new focus on pubs with food, but now a new “No Dogs” at all (!) rule, and more existing pub management leaving rather than new recruitment. (No dogs would affect the Anchor as a stop for hikers on their way up or down Belmangate?)

I had the good luck to get to see inside The Anchor on Thursday lunchtime as area management had the doors open to clean-out the junk mail and inspect the state of the place as I walked past. Musty dampness, some warping of panels affecting door openings, cobwebs and that smell from the drains, but actual cleaning probably only a half-day job. The back garden however is looking pretty sorry for itself – at least a week’s work there. (Didn’t get to see the flat upstairs.)

One idea is that if (and only IF) Sam Smiths show any  interest in our concerns as Friends of the Anchor, we could maybe offer to help get the garden back under control?

Failing any signs of interest from them, customers, who haven’t already given-up and found pastures new, are really waiting for the brewery to blink and put the place up for sale (with no change in use under planning law). In that case there appear to be several people waiting in the wings to snap it up, and anyone taking it on can expect the support of Friends of the Anchor. (But don’t hold your breath, there are Sam Smiths pubs that remain closed since decades before Covid!)

And, as ever, if you fancy taking on The Anchor as a management couple under Sam Smith’s you can apply for the job.

Friends of The Anchor

We are a group concerned for the traditional character and long-term viability of The Anchor Inn, Belmangate, Guisborough .